NOTICE: The event is cancelled as the bands, venues, and organizers put everyone’s safety at the forefront due to COVID-19 concerns.  We might be able to re-book at a later date. Make sure you sign-up for email updates (click the button) so we can keep you up to date on our Celtic and East Coast themed events.

When we heard Rum Ragged is going to be in town and had a free night, we just had to get the lads in for a Calgary show. They will be joined by guests Dave Whitty and Morrissey’s Private Stock. You won’t want to miss this special event.

The evening is in Bunratty Hall in a concert format (attentive audience), with three acts, a cash bar, and some pub-style food (cash only).

Previous concerts sold out, so don’t wait to get your tickets. 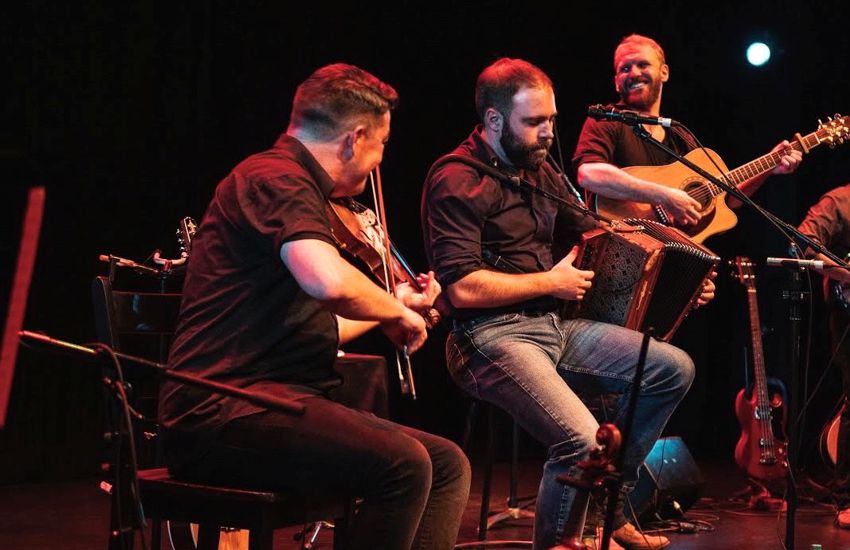 Hailing from one of the world’s richest hubs of folk and traditional music, Rum Ragged has quickly become known as one of the finest performers of music from their Eastern Canadian island home of Newfoundland.

Few traditional folk bands have risen as quickly in the ranks as Rum Ragged. Formed by Aaron Collis and Mark Manning in 2015, the members hail from rural towns upon the island of Newfoundland. They share a passion for collecting and arranging the undiscovered traditional songs and tunes of their home.

With a reverence for their roots, combined with a creative, contemporary edge, Rum Ragged has quickly become the finest bearers of a living musical tradition. You will find it all in their touching ballads, spirited shanties, and fierce jigs and reels, which they deliver with a swagger and command of their craft that is far beyond their years.

Since their inception in 2015, Rum Ragged’s busy touring schedule has seen them bring the music of their homeland across Canada and as far afield as the U.K and the Caribbean. They’ve amassed multiple awards and an ever growing fan base in the process. Always honest, sometimes poignant and often humorous, it’s Rum Ragged’s live show that makes them a fast favourite. With a combination of striking vocal harmonies, staggering musicianship, and captivating storytelling, they know just what it takes to bring audiences an experience they won’t soon forget. 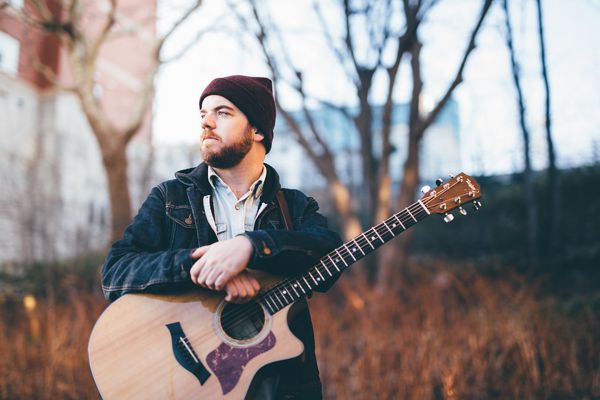 Dave Whitty has been a member of the music scene in St. John’s, Newfoundland, since age seventeen. He got his start playing solo sets of original music and recording a couple small demos.

As Dave’s talent developed, so did his focus. After three years of solo work, Dave formed At Ships End with a couple friends. The Celtic/Folk/Rock group soon gained notoriety in the St. John’s music scene, playing everything from Christmas kitchen parties to the infamous George Street Festival.

Since then, Dave has been playing gigs around St. John’s. He has performed across Canada, the USA, and Ireland – opening for The Sheepdogs, Cuff the Duke, and Great Big Sea. Dave’s latest album is “Talkin’ Back Fool.”

“Whitty, who is locally known for his boisterous, sea shanty-leading vocal and vigorous, percussive guitar, now takes the thoughtful and reflective route with a clean, clear and warm vocal and tasteful arrangements… He is appealing to a more narrative, and lyrical-minded audience and his growth as a songwriter is quite evident here.” ~ Fred’s Records 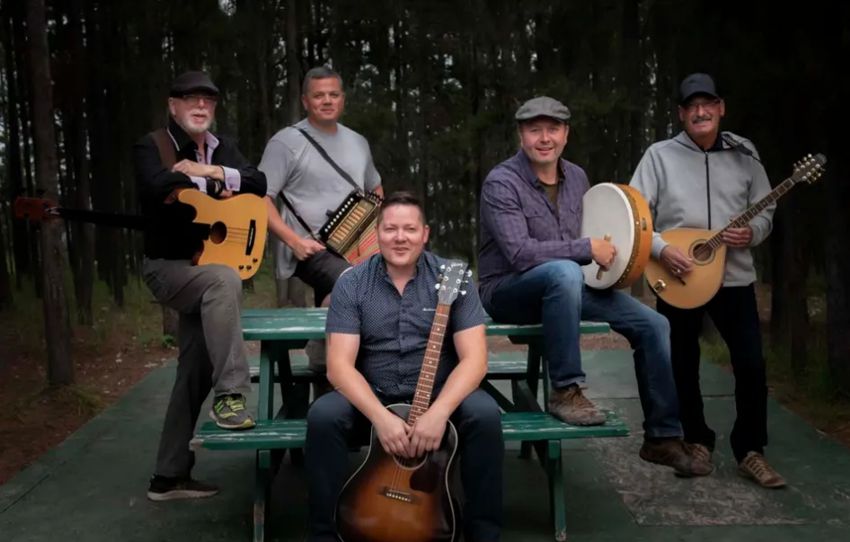 Most of these lads have been transplanted to Calgary, Alberta from the rugged shores of Newfoundland where the Celtic music, along with strong Irish history and traditions run in their blood.

East Coast & Celtic sound, influenced by growing up on the rugged shores of Newfoundland. Toe-tapping tunes to keep ya moving and coming back for more.

Notes: Cash only bar and pub-style food, concert format, and most importantly, it will be fun. Due to the nature of running concerts, all ticket sales final.