Fasten your seatbelts and enjoy the musical journey while we drive along Alberta’s Celtic Trail. The performers for the night will be sharing songs and tunes from Scotland, Ireland, and Canada’s East Coast. This show is an excellent warm-up for the Water Valley Celtic Festival on June 23rd. As a bonus, we’ll get you back to Calgary right afterward.

The last concert sold out well beforehand so don’t wait to get your tickets.

The evening is at Hickey’s Place in a concert format (attentive audience), with three bands, and a cash bar. 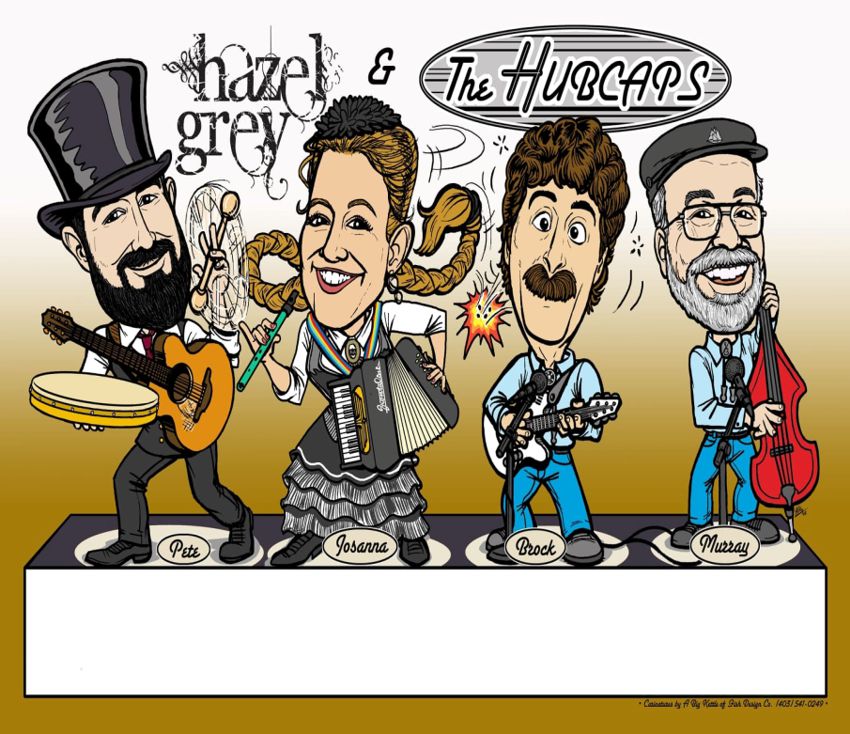 The Hubcaps are Brock Smith and Murray Cameron, friends since school days, who have performed and toured the world together as part of the “Stratus Singers” and the showband “Stratusfaction” as well as “The Hubcaps.”  Their humour and extensive repertoire bring toe-tapping smiles to every show. Sometimes, they join with Brock’s daughter and son-in-law, who together form their own band.

This group of talented musicians returns to Celtic Folk for another set of lively songs and tunes. They have also played together at the Water Valley Celtic Festival, the Rocky Mountain Folk Club, formal functions at the Irish Centre, and in a weekly session at the Oaktree Tavern in Calgary. Hailing from the East Coast of De Winton and the North Shores of Calgary, our crew will explore a lively set of songs and tunes from the Maritimes, Folk and other Celtic traditions. Get Reel is Doug Wagner (vocals, bodhran, guitar and fiddle) and Greg Black (vocals, guitar, electric bass and octave mandolin).

Notes: Family friendly, cash only bar, concert format, and most importantly it will be fun.

Tickets are via Brown Paper Tickets: Event is in the past.